In this episode, I'm ultra excited to talk to Lionel Snell, aka Ramsey Dukes, one the prime movers of chaos magick, and an absolutely lovely individual. From his Thelemapedia bio:

Lionel Snell was born in England in 1945 and brought up in the ‘arts and crafts’ milieu of the Gloucestershire countryside but won scholarships and County financial backing for formal education at Clifton College, Bristol, and Emmanuel College, Cambridge (1964-68), where he officially studied pure mathematics but also studied the works of Aleister Crowley in the university library and held his first “ritual happening” in the mid 1960s.

Being brought up in a culture of alternative lifestyles and radical thought formed a contrast with his subsequent traditional education with its later emphasis on science. This lead to a lifelong interest in building bridges between the scientific/materialist worldview and alternative spirituality/paranormal—an approach very different from those New Age philosophies that seek to reconcile or equate science and spirit. This is strongly reflected in Ramsey Dukes’ writings where he addresses Science, Magic, Art and Religion as four ‘cultures’ as an extension of CP Snow’s popular ‘two culture’ concept.

For more, check out Magick.Me, my online school for magick, meditation, and mysticism—see more at www.magick.me...! 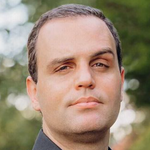 For the last 25 years, Jason has dedicated himself to exploring, reporting on and teaching the world’s sacred traditions. www.jlouv.com for more.